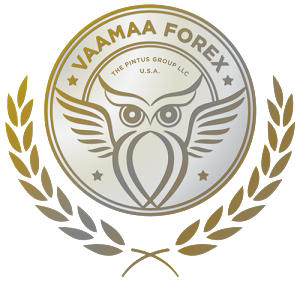 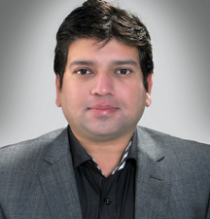 Born in India (Delhi) in the year 1975, Mr. Maniish Mehra comes from the family of a great actor, writer, director and a well-known comedian of the golden era – Radhakishan (Mehra) who has played diverse roles in excess of 38 movies such as Baiju Bawra, Chhoti Bahen, Naya Daur, School Master, Lajwanti, Parvarish, Sadhna, Ek-Hi-Rasta, Amar Rahe Ye Pyaar, New Delhi to name a few. Mr. Mehra, after completing his high school and pursuing his Bachelors degree in 1993 took up a job in his Father’s clothing company as a trainee in the marketing wing. In the year 1995, when the group diversified their business interests, he was appointed as a Marketing Director of a new company working in the field of Electronic Media. During this period the company offered post production facilities to well renowned media personalities and houses in India. Besides offering post production facilities, the company also produced news & current affairs, sports and social development program software for the Indian public broadcaster and various ministries of the Government of India. From the year 2002-2006, due to his business relationship in the corporate and government sector, he was appointed as Director Marketing and Sales, to set up operations and network for the group’s new company in the IT field, during which the company also ventured on a profit sharing basis for launching an e-learning portal. From 2006-2011 due to his extensive domestic and
international business relationship, he ventured in the area of commodities and financial field and dealt with a few well renowned companies worldwide. In 2011, the group diversified and floated a dedicated management consultancy firm – VAAMAA FOREX Services Private Limited – offering management consultancy services for aspiring project owners seeking innovative and alternative project financing solutions. In the year 2015, the group entered into a Joint Venture with The Pintus Group LLC and floated a Special Purpose Vehicle (SPV) – TPGVFSPJV LLC, registered in Las Vegas, Nevada, USA.
Anish Mehra
Principal | Director
Global Operations 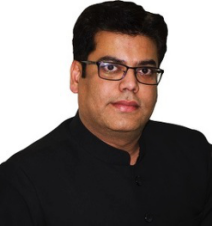 Born in India (Delhi) in the year 1977, Mr. Mehra accomplished an intense knowledge in the commerce background in which he is totally a component of, especially since he has a very strong connection in the business arena. His career spouted in the field of electronic media and bloomed into a ginormous and enriched expertize in this field. Due to his magnitude of involvement in the post production of several programs for his clients including various sectors of the government of India. Based upon his keen foresight, he later focused his direction to export/import of various commodities which he truly mastered in all aspects of these type of trades. In the year 2011 he shifted his vision globally establishing a very diversified field of international finance and investments consultancy services. To mention a few, he initiated a management company, VAAMAA FOREX  in India. In the year 2015, the group entered into a joint venture with an American financial conglomerate, The Pintus Group LLC.  Thereafter, the group established a Special PurposeVehicle (SPV), TPGVFSPJV LLC registered in Nevada, Las Vegas, USA. During Mr. Mehra’s entire career he has been managing already established corporations seamlessly and currently using his global exposure to establish new ventures in various countries throughout the world.